It’s truly wonderful how the idea of emoji changes the way we communicate. Created to express emotions that we all share around the globe, these smiling or sad little faces started the wave of picturizing anything that can be drawn. Dishware and food, flowers and gestures, transport and countries, gadgets and entertainment, all this and much more can be expressed in pictures. There are even fans that retell the whole narratives of books and movies in emojis only, and – surprise! – these translations are clear even to those far from emoji as a culture. 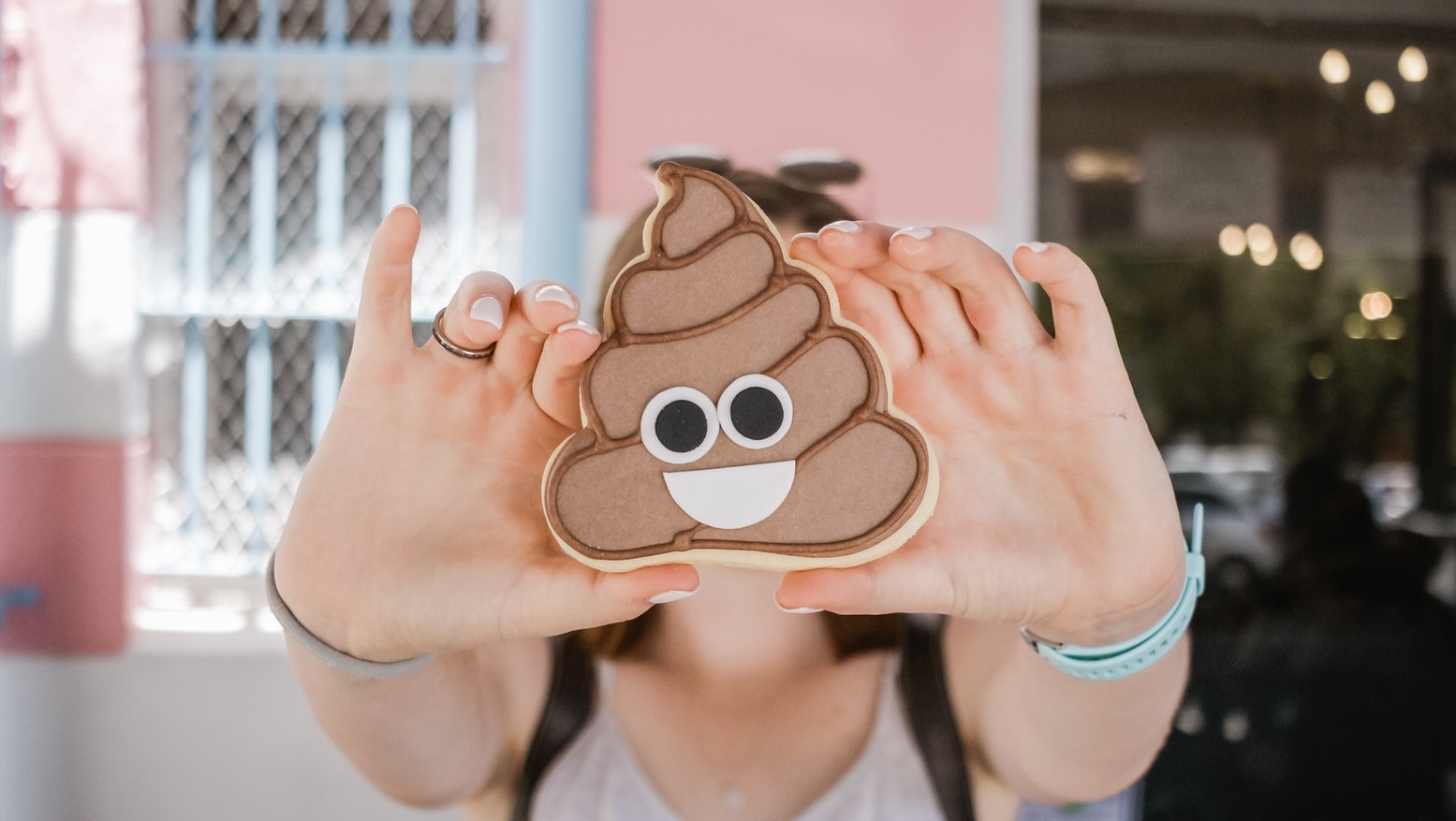 All this intro meant that we need more emojis, as the default set is never enough. So we checked the available emoji sets and selected the five apps that enrich your speech with the best graphics. It doesn’t matter if the receiver doesn’t have the app installed: they will still see the pic.

It’s also clear that all the emoji apps are mostly similar, and what differentiates them is the set of emoji, so we’ll talk briefly on any of them. 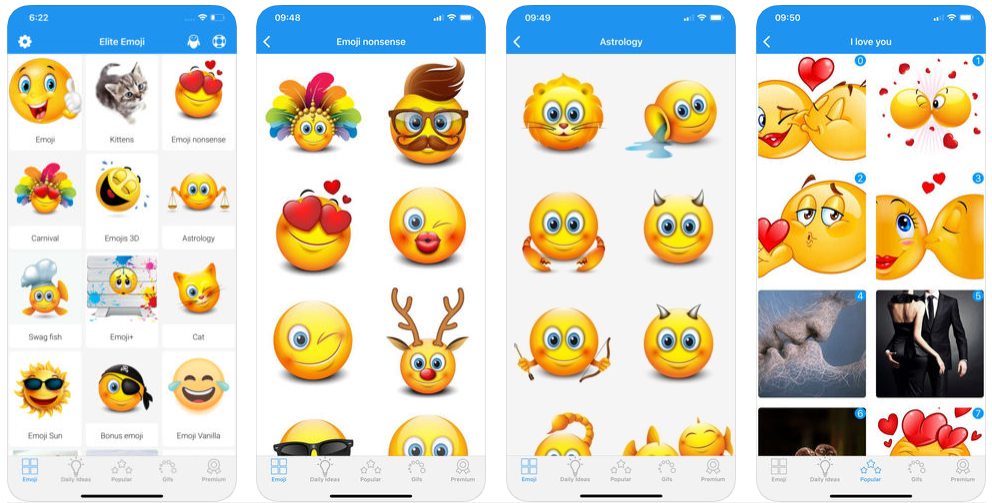 The number of 1,400 doesn’t seem so big to an emoji fan. But all the pictures in this app are really good quality and high definition. They are compatible with iMessage (as a decent app for iPhone), and you can send them via WhatsApp, mix with GIFs you download, and repeat as many times as you want. 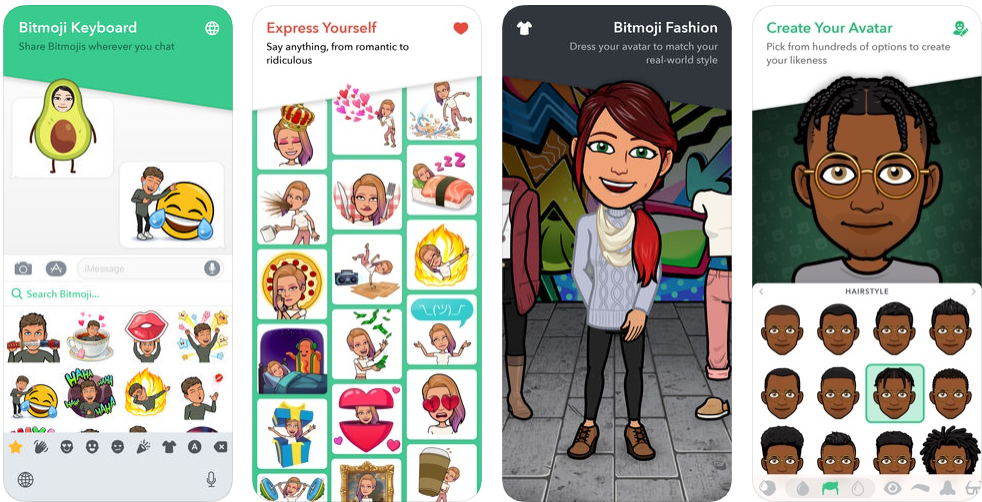 It was introduced to demonstrate the power or AI, creating your personalized emojis based on your real appearance. Developed by Snapchat, it uses the same idea of customizing your appearance in augmented reality. First, it needs to scan your face; then it takes just seconds to generate a whole lot of animated or static emojis looking almost like you. Some of them look so animated that in the world of Harry Potter they would have made good digital Horcruxes.

Recommended: if you take it too personally, so you want your emojis to have a little part of yourself.

LINE is quite a popular messenger, strong enough to afford its own emoji app. In fact, all popular messengers offer endless stickers and emoji sets to their users, especially Viber. But LINE was bold enough to present these emoji outside of the core app.

Along with traditional static emojis it offers animated moving ones, as well as multiple big stickers. It also stresses characters and pictures inspired by Asian mass culture, and no wonder: LINE Corporation is a Japanese-Korean project, so the messenger is targeted at users from these countries primarily. The emojis are easily usable in any app that supports text input; all you need to do is activate this keyboard in Settings of your iPhone or iPad.

Recommended: if you like Japanese and Korean culture, or particularly LINE app. 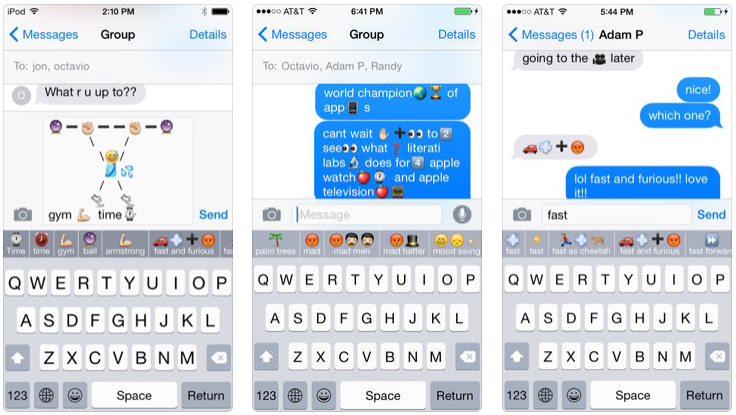 The superpower of this app is emoji autocompletion. That is, the emojis in the app are tagged, and the keyboard automatically selects the images it considers the most appropriate for your context. If you find any of them suitable, just tap it to insert.

The rest is done just like in the other apps. It’s a separate keyboard that needs to be activated in Settings, and, to access it, you need to switch the keyboard like you switch languages.

Recommended: if you’re just discovering the world of emoji.

At a glance of the name, you may understand that there’s something wrong. But no, the default set of emoji is really free, and it’s good just because it differs from the default one. Isn’t that what you search? In addition, this app is also capable of emoji art – something similar to drawing with letters in ASCII art, with emoji as pixels this time.

Despite the name, the app offers you extra packs for $0.99, and also complete animated or static packs ($2.99 each) and the ultimate upgrade pack ($4.99). The price doesn’t scare and bite, but you don’t have to pay it, if you’re good with the default free set.

Recommended: if you want it really for free.

There is just one issue with these keyboards: they slow down your iPhone. Even quite a new iPhone XR takes its time t switch when it comes to emoji keyboards; but I tried one, rarely two at a time! So, of course, you want all of them, I know. But stop when before your iPhone starts a real strike, and smile with your own face.